Copyright 2010 - 2023 @ DevriX - All rights reserved.
DevriX » Developing for the Environment with HackTUES GG

For another year we were honored to take part in a one of its kind hackathon in Bulgaria, HackTUES. An event that supports aspiring and talented techs in their quest to challenge themselves for a better future.

The hackathon is organized for students by students at the Technological School Electronic Systems (ELSYS) and for the first time was held entirely online from 11 to 14 March 2021.

This year marked the seventh edition of the event and was named HackTUES Go Green (GG) with the goal to Develop for the Environment. A total of 187 students from 43 teams had two days to create their own IT project from scratch and present it to a professional jury. 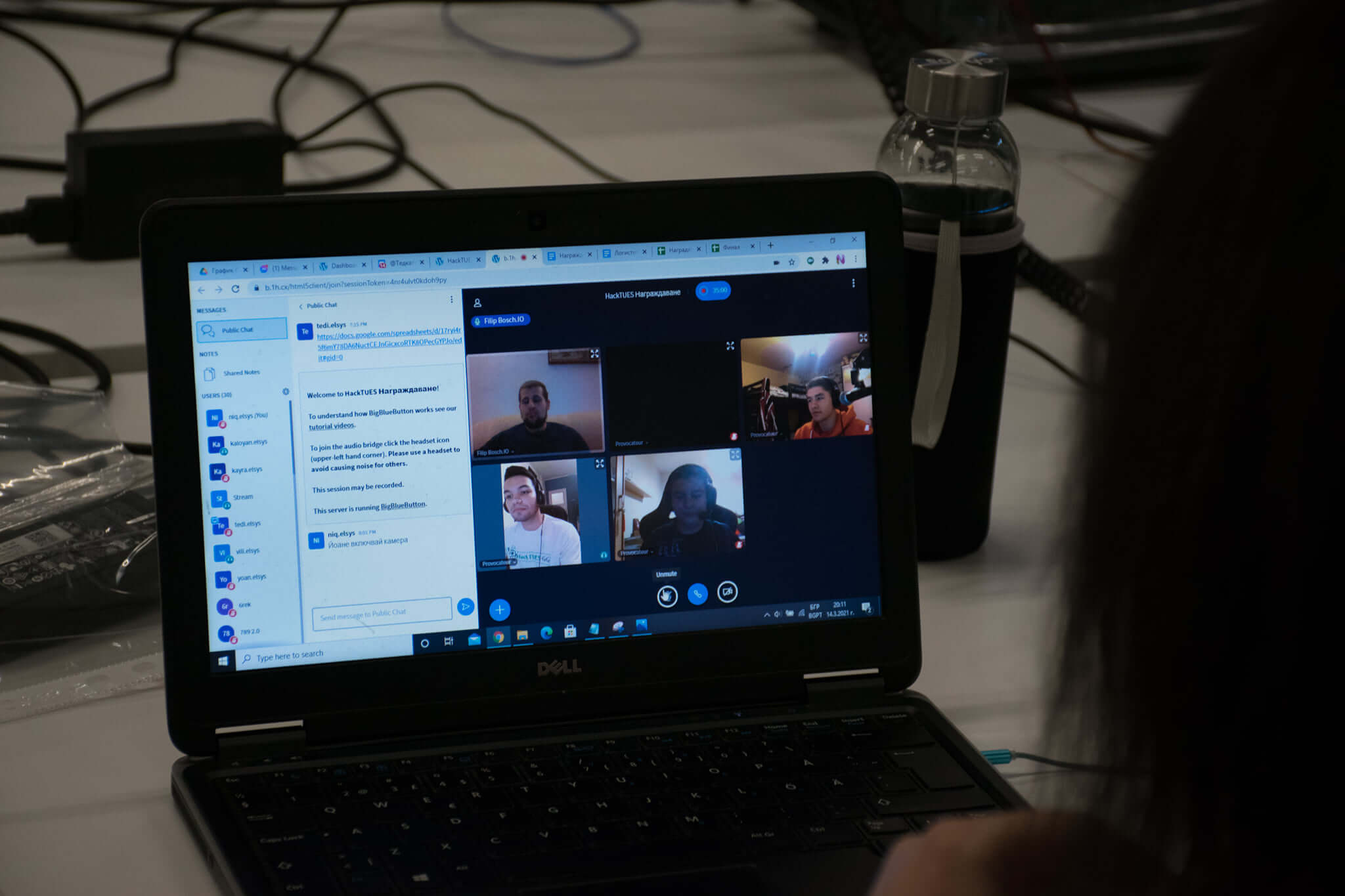 The teams had the support of 43 experienced mentors, who were available to guide and assist through any challenges they faced. Three members from our back-end dev team Dimitar Dimitrov, Emil Docev (ELSYS Alumni) and Vasilen Aleksandrov were three of these mentors who helped students advance in their projects and resolve issues.

This year I was impressed that the competition developed much more dynamically from the first day, there were a lot of teams that communicated constantly and sought help from mentors for the problems they faced.

In general, all teams – from the youngest to the oldest, did quite well in the beginning, they consulted the mentors when any obstacle appeared in front of them, and relied heavily on our help, which I hope was of great help to them.
– Dimitar Dimitrov, HackTUES GG Mentor

Over the course of 48 hours, the passionate ELSYS Hackers had to pull together all their creativity, persistence, intelligence and innovativeness to come up with new technologies to help protect and preserve our environment. They had to choose from one of four categories:

After picking their favorite category, the teams had to complete their projects and submit them before 8:00 AM Sunday, March 14 . The jury then chose seven teams to reach the final – two teams from each of the three semi-finals, and one team that was declared the mentors’ favorite.

To be a mentor at HackTUES is a great experience for everyone who has been involved. To look at all these young talents, their knowledge, and what the future holds for them – has been a great pleasure for me.

Hacking for Good with ELSYS

ELSYS is a highly-acknowledged technological school in Sofia, associated with the Technical University of Sofia. A large part of DevriX’s team members have graduated from there, including our CEO Mario Peshev and many of our developers and interns. 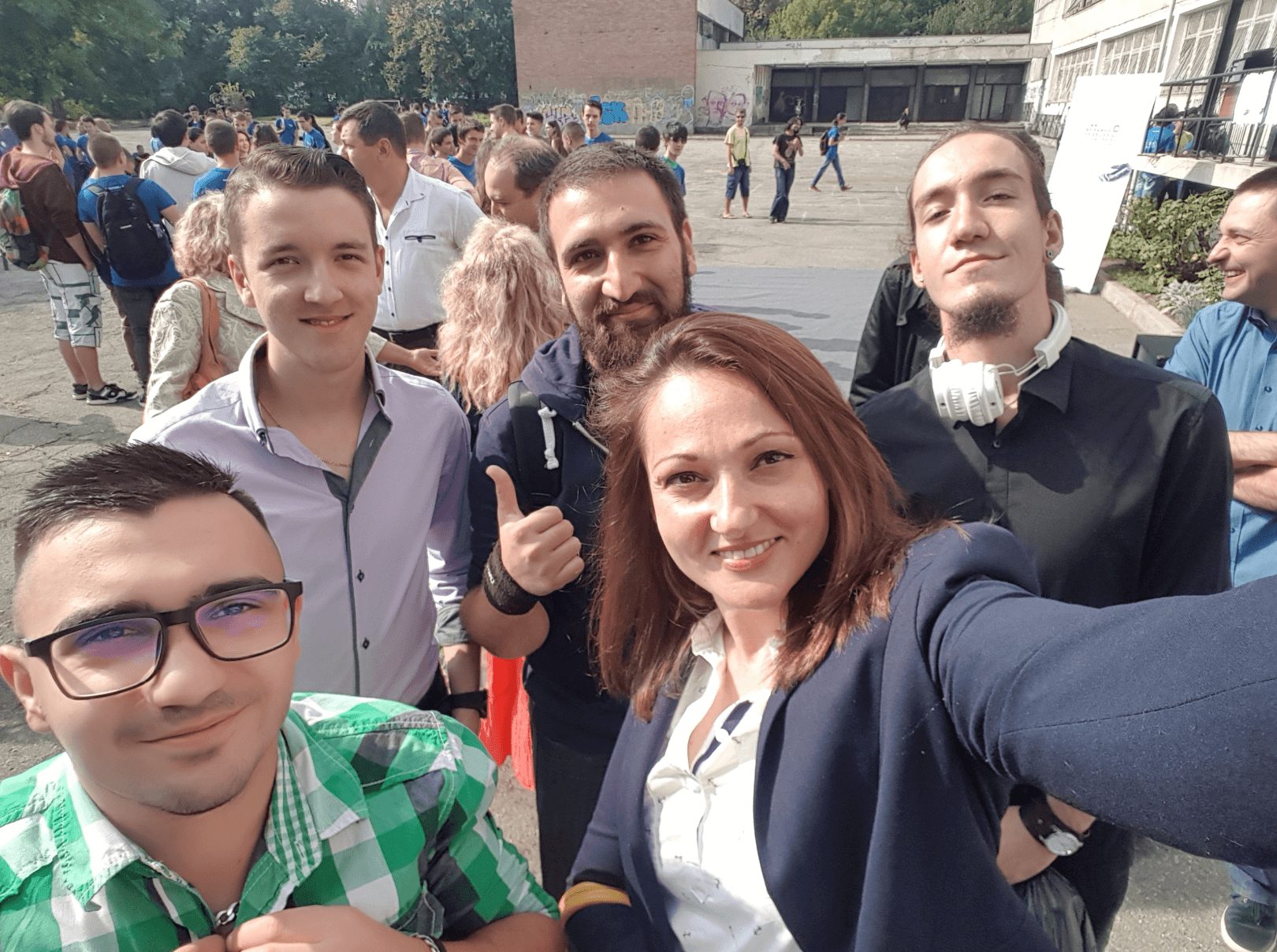 Several of our team members are ELSYS graduates, including Senior Project Owners, our Creative Lead, and DevriX CEO Mario Peshev.

During the course of their studies, ELSYS students learn how to use various technologies and programming languages, and each year they are given the chance to show them off at the HackTUES hackathon. The theme of the event changes every year to reflect the current trends in technology and how the young minds of today are planning to leverage them and make our everyday lives better.

Loved this year’s topic – “Go Green”. I was glad for the opportunity to help young students in their efforts to change the world for the better

Organized for Students by Students 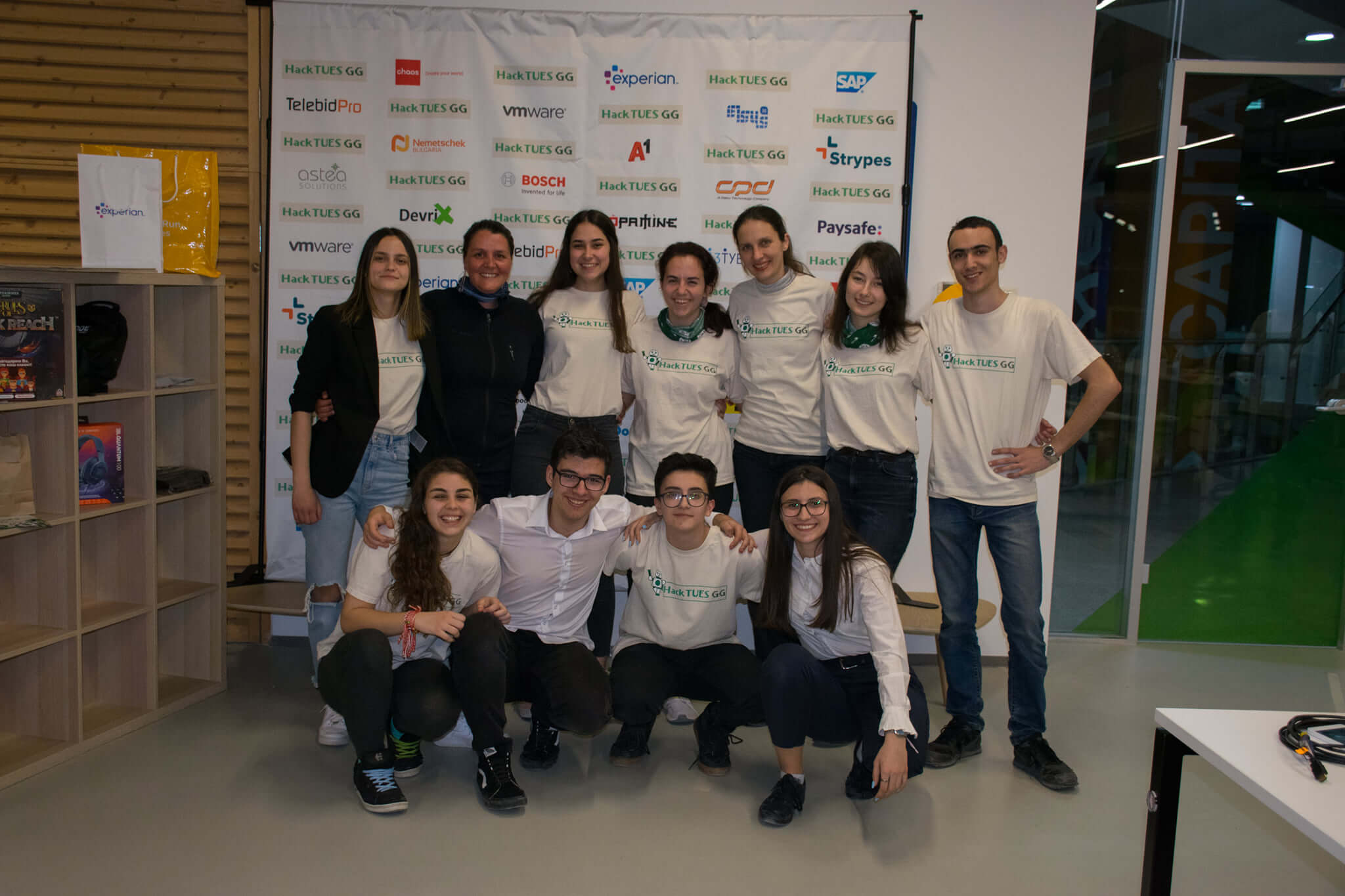 What makes this hackathon such an incredible experience is that it’s organized for students by the students. The TUESers, as they call themselves, organize the event internally with the support from their teachers and in partnership with industry leaders.

We, at DevriX, value the students’ initiative and keenness to challenge themselves and reveal the huge potential and skills they have. And we are happy that we had the chance to support the event for another year as a sponsor. 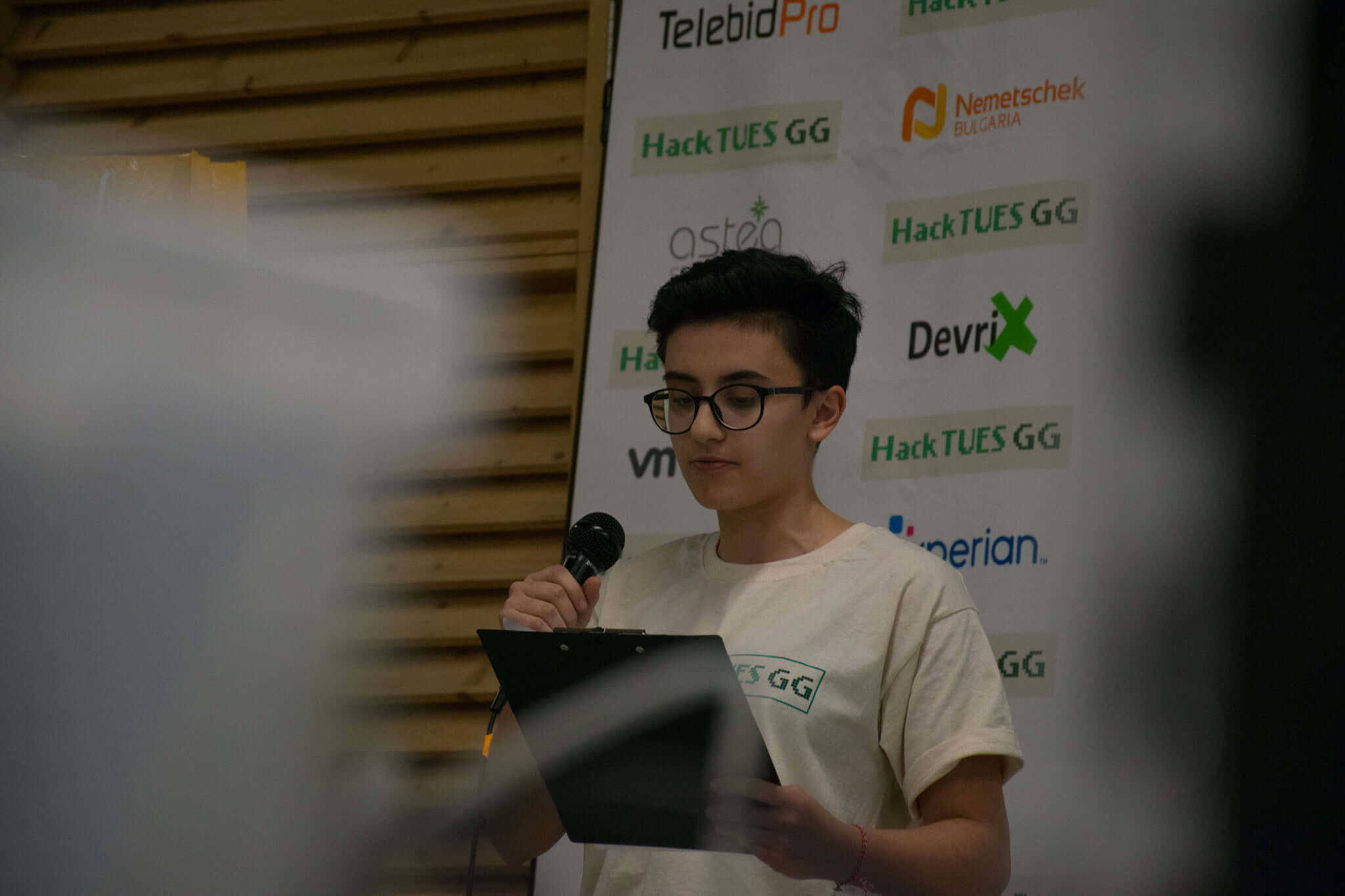 Moving such a large event, with multiple participants, to the virtual world was challenging, but the organizers from ELSYS were well prepared for everything. The whole coordination and communication for the event were online and the opening and closing ceremonies were streamed live. A designated communication system was used for all internal communications – within teams, between teams, and with the mentors. 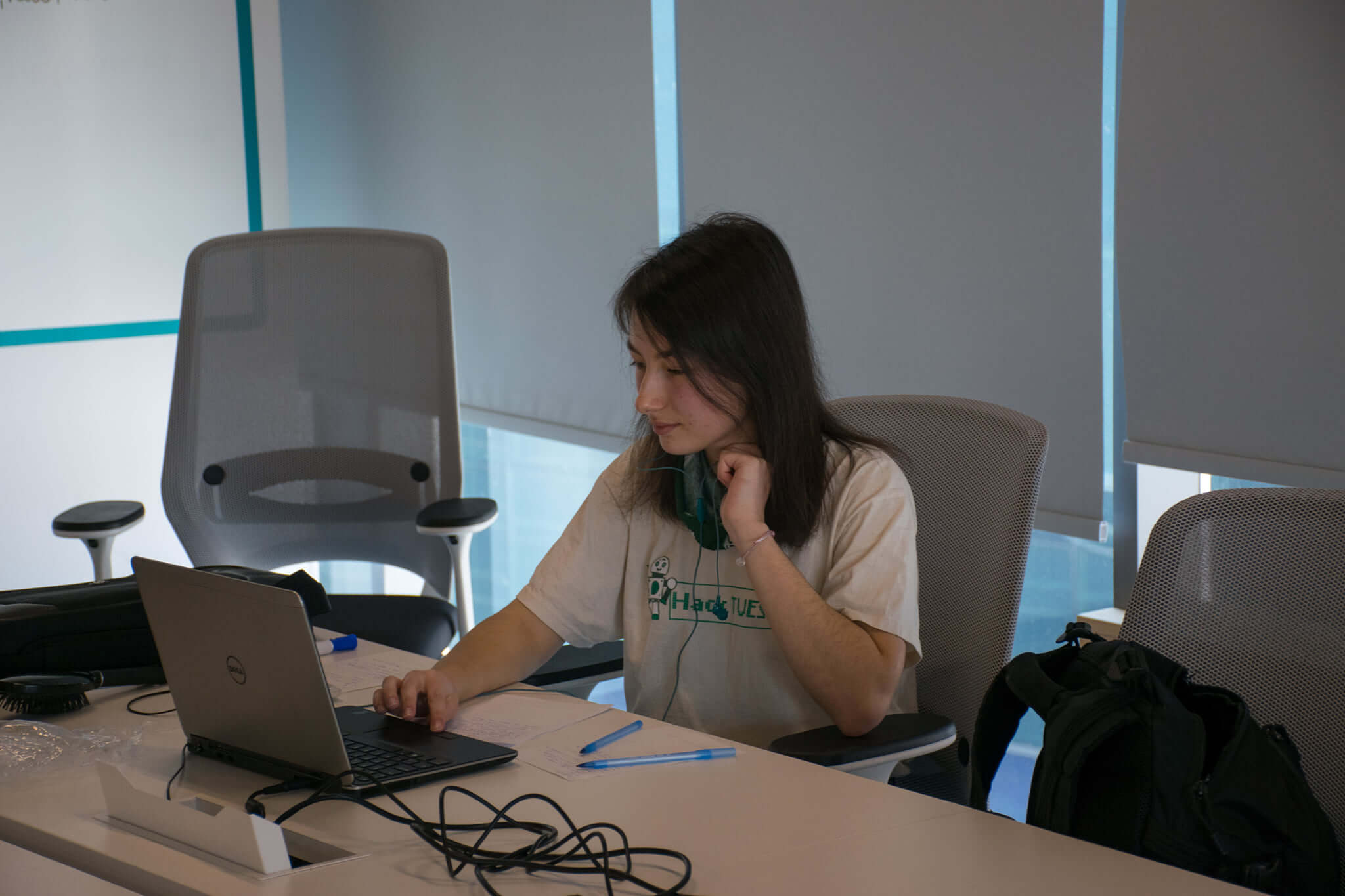 All and all, the dynamics of the hackathon were awesome! The Discord based ticketing system was really well thought out. Organizers were really responsive and the students really did their best!

How Technology Can Help the Environment

They emphasized the importance of taking preventative actions, instead of implementing ad-hoc strategies, and voiced their thoughts on the significant role that technology plays in sustainability.

Who Got the HackTUES GG Awards?

After a weekend of intense preparation, the jury and the mentors chose 7 teams to go to the final, and here is a list of their inventions: 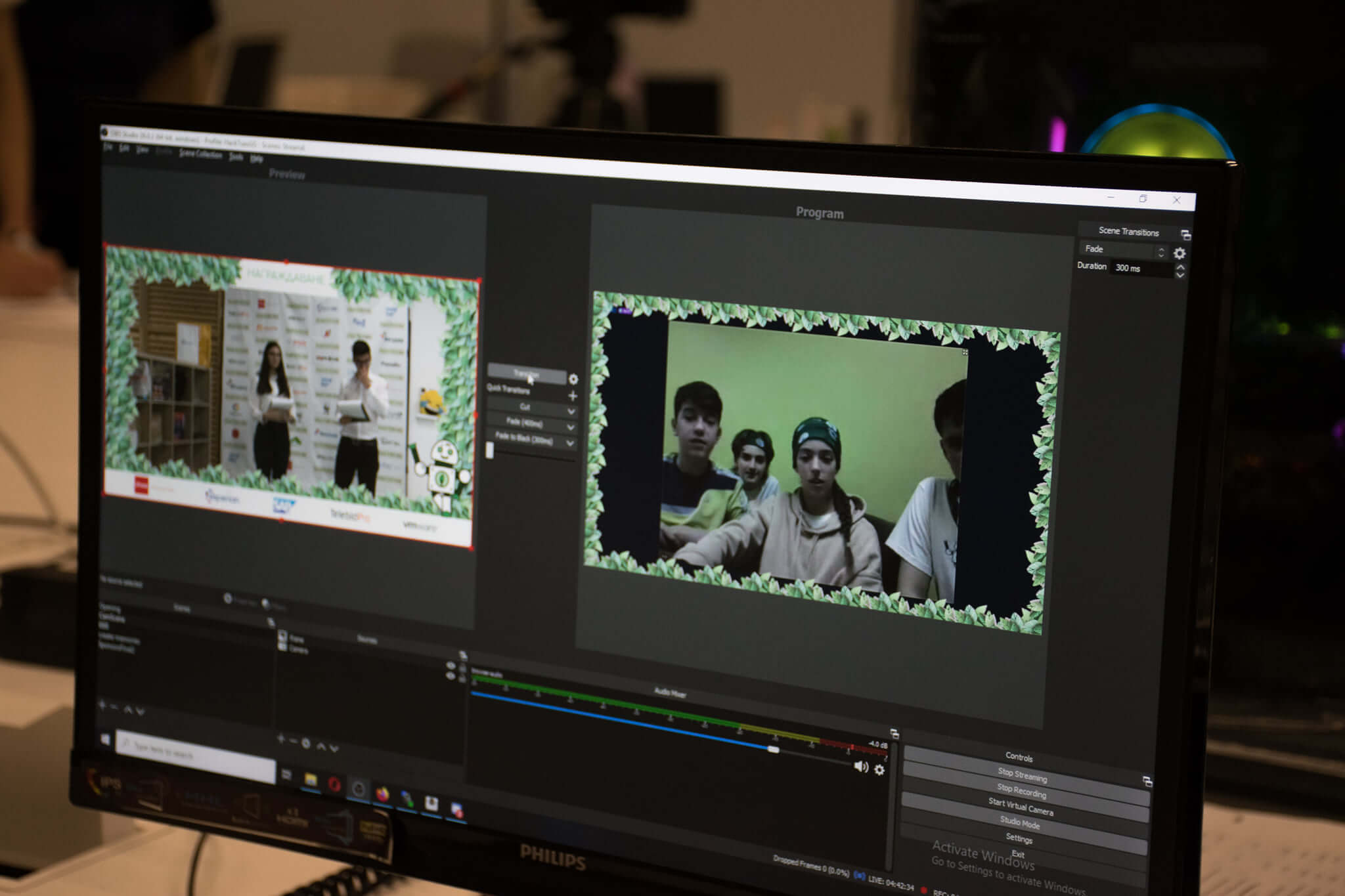 And the winners were….

Nine more teams received awards from the sponsors of the event resulting in the total of 30 awards distributed among 16 teams. We, at DevriX, were proud to give a special award to team “Lek jivot 2” for their project Green Waste Management – an app that sends notifications when a bin is full, and if it has caught on fire, while also determining the route of rubbish pick-up trucks.

We picked our favorite team based on the diverse technologies they used, their diligence and their proper follow up on feedback. We decided to give the award to them because of their wonderful idea and the skills they showed – code structure, keeping GIT, and their dedication through the hackathon., said Dimitar Dimitrov, HackTUES GG Mentor 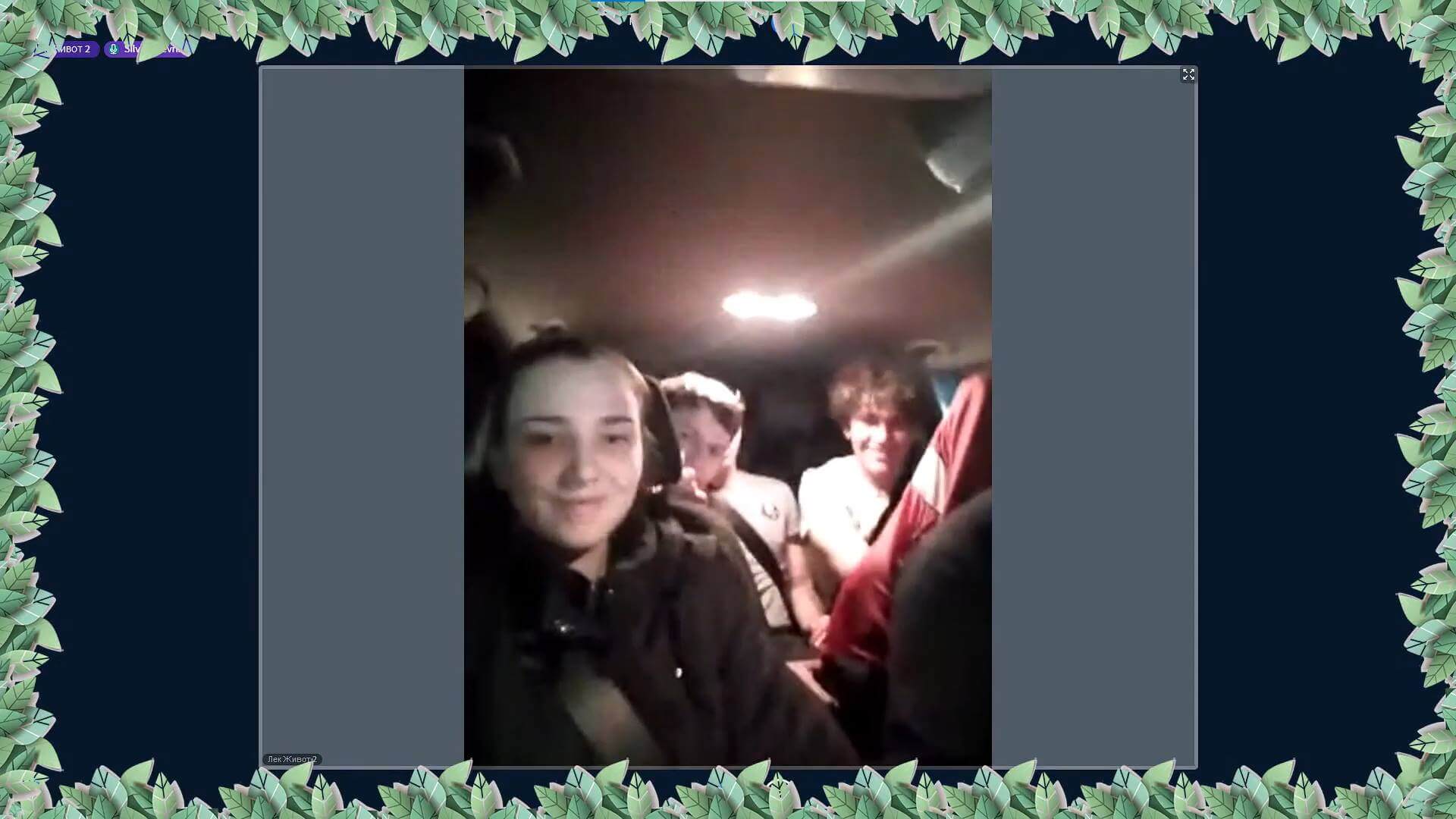 For the first time ever the teams could also participate in the #creatememories challenge. To compete, the teams had to post a photo, a drawing, or a meme off of Instagram related to the hackathon. The winner with the most liked post was team Smertь, who also won first prize for ‘Best Presentation’ during the first semi-final. Team 3488 won ‘Best Presentation’ during the second semi-final. And team Nice Inc. was given the ‘RIsing Stars’ award.

On a Final Note…

We would certainly like to congratulate and celebrate all of the teams as winners, because all of them put their best foot forward and developed incredible innovations.

But this is not all they accomplished. They started an important conversation about sustainability and the need to act here and now to prevent environmental issues from happening, instead of reacting when the situation has already gone bad.

Apply for an Internship

If you are an ELSYS student in 11th or 12th grade, you may apply here for an Internship at DevriX.