Before we talk in detail about persuasive content, let’s start with this…

Life of every human on this planet is constantly subject to decisions. We are always facing decisions, from the simplest of them to toughest of them. Our brains provide us with the answers most of the time. However. it is natural to come up with a different decision for the same problems at different points in time. Why is that so? This is because there are two major parts of our brains that play a part in decision making. One of them influences the process of decision making emotionally and the other rationally. Both have their own importance, but usually, marketers try to hit one of them. Which is why they can’t get results as successfully as they possibly could.

Emotional vs Rational Mind. Who Wins? 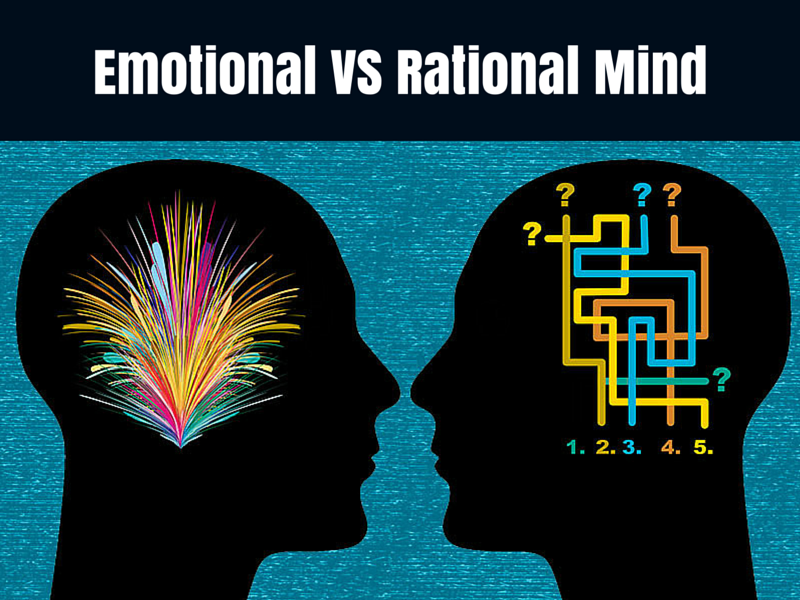 However, which of the two parts of our brain has more influence over the decisions we make in a long, heated debate? People are equally divided. Interestingly and surprisingly, experiments and tests show that the emotional part is always more influential.

According to common sense, the rational part of our brains should be more involved when we’re making big decisions, especially important decisions. The reality, however, is completely the opposite. The emotional side always has more input because pure objectivity is unachievable.

Important decisions are usually made for problems that we do not face frequently; that is one reason they are important. When we are not used to dealing with that situation, we try to gather enough information about it and that stresses our rational brain. Because the rational brain is stressed, it becomes vulnerable and the emotional brain takes over. Hence, the emotional brain has much more impact on our decisions than rational side.

Just like normal people prefer one of the two sides of the brain, different marketers and businesspersons try to persuade either the emotional side or the rational side. However, the emotional brain matters more, and therefore, marketers tend to target this side. They do this via storytelling. Stories attract listeners emotionally and they nearly always ignore the core reason a story is being told to them. Emotions take humans beyond rationality and critical thinking, as mentioned above. Thus, the storytelling technique can keep a listener from critical decision making, like cost benefit analysis, etc. ultimately, this technique is more likely to produce favorable results to marketers and sellers.

On the other hand, some people try to show their audiences data and statistics regarding their problem. By this, they are trying to access and persuade the rational part of the listener’s brain considering the fact that numbers are taken as unbiased by general audience. However, it does not provide as positive of results as storytelling. There is a simple study here that can clearly explain this idea.

A certain class of students was asked to prepare a 60 second persuasive plot and present it to the class. Naturally, like we usually do, each student put statistical data into their pitch thinking it would convince listeners. One of them, however, included a story. After each student was done presenting, everyone was given a paper and asked to write down every pitch they remembered, except their own. Not more than 5% of the pupils remembered any stats and 63% of them, surprisingly, remembered the story.

Why Is Storytelling Influential?

Statistical data is dry and does not attract the listener. It does not matter to a normal listener to know that a certain piece of cake contains 40% less fat than others, for instance. Something like,” Warm chocolate oozed out of the center of the cake, swirling with mocha ice cream” is more probable to persuade a customer to buy that cake.

It is normal to empathize and put oneself as a protagonist in a story or project an image around it. Hence, listeners can experience the story personally and connect to the idea you are trying to give them. This will create a bias which will overpower rationality, ultimately persuading them to go where you want them to.

A study was conducted where people were given either a story of a poor African girl who died of hunger or the statistics of children who have died recently in Africa from hunger. It turned out that people who read the story donated twice as much as people who read the facts. This shows how influential storytelling can be.

Numbers Have Their Own Significance

Emotional attachment does overpower rationality, but that does not mean one can completely ignore the power of numbers. Everyone likes to know how much the world’s wealthiest person earns, how much percentage of one’s salary gets deducted for taxes, or how many likes does someone get on their Facebook profile picture.

Neuroscience shows that humans tend to take numbers as totally unbiased. It is safer to believe what statistics show than what a story or storytellers tell. That is because we naturally have an assumption that numbers do not lie, despite that fact that any statistic can be manipulated to support almost any theory.

The primary reason why stats and numbers convince less people (or people less) is that these figures are usually not used in the correct way. If used correctly, they can prove to be highly strong and convincing material.

Going with either of the two approaches is merely a compromise. Just like storytelling captures one part of the brain, data and stats capture the other. None of them alone captures all and therefore, a common-ground has to be found. If there is any tactic that captures the mind, both emotionally and rationally, no one would go with storytelling or data.

The best approach while presenting persuasive data is to include both techniques together. A story that has factual data included in it, at right points, is the most convincing thing a person will ever come across. The story will arrest the audience emotionally and the facts will reinforce the authenticity and fairness of the story.

If you are writing a paper, presenting, or using any other medium, start by grabbing your audience’s attention with a story. Blend it with facts related to the point you are making to prove your point. Your audience will never stop reading or listening to you. They will keep thinking about your idea because they were emotionally attached, and they will probably do something about it because logically, it makes sense to them.

Therefore, it is better if presenting numbers and data, a persuasive speech is used to support and reinforce information. The main part of the speech should be on storytelling and a part of it can be informational. This is how a speaker, marketer, or writer etc. can be the most persuasive. To put it simple, data is highly influential if used as a subset of a story.

Storytelling attaches people emotionally, while data and numerical information makes logical sense to them. This is because minds automatically relate to stories and numbers are taken as completely unbiased.

However, using either of the two techniques alone will not produce the most persuasive content. The only way this can be done is to use both techniques, with numerical data being part of the story. This way, audiences will become attached emotionally while the numbers prove that the idea is completely unbiased.