As an active part of the WordPress community, we always look forward to contributing back to WordPress and attending WordPress WordCamps. Recently, we have sponsored not just one or two, but three WordCamps – Nashik, Sofia, and Manila.

WordCamp Nashik 2017 was held on 5th of November while the WordCamp Manila 2017 and WordCamp Sofia 2017 took place on 11th and 12th of November.

At the dawn of @WordCampManila and meeting some of our peers there, 14 DevriX folks have joined the forces of @WordCampSofia.

We’re thrilled to be a part of such a vibrant and wonderful Open Source community!#WCMNL2017 #WCSof pic.twitter.com/F5s3AS8zN7

Since our team is distributed across the globe; most of our team members could take in the fun and exciting WordCamps. So we’re here to share the fun in case you missed it.

DevriX was a Silver Sponsor of WordCamp Nashik 2017.

Before the program even started, the first thing to do was register and claim our shirts and IDs. We had a booth where we met people who were interested in our growing organization and community.

There were a number of developers, designers, and even bloggers who dropped by upon seeing this banner:

Everyone enjoyed traditional Indian food that was served for breakfast and lunch.

How i can forget the delicious lunch served at @wcnashik #wcnashik #Nashik l. Much energy for the upcoming sessions ☺ pic.twitter.com/GepZJGXkf2

The fun didn’t stop there because there was an after-party that everybody enjoyed too!

DevriX was one of the bronze sponsors of WC Sofia this year. Stickers, bags, notebooks and other swag was given out, in addition, people took pictures with DiXy, our beloved mascot.

DevriX is bronze sponsor this year, our booth is right next to the entrance, come to chat and maybe take a picture with DiXy 🙂 #WCSOF pic.twitter.com/VHfSreTPLW

Thanks to the great community and its participants. We were fortunate to meet and speak with tons of WordPress contributors, lecturers, users, and business owners. We met people who were eager to learn new things, meet new friends and just talk about all things WordPress.

There were great presentations ranging from WordPress Security to content writing to marketing, management and the future of WordPress.

Also, one of the main topics this year was the Gutenberg plugin (planned to be part of the WordPress core with version 5.0).

People in the crowd showed lots of interest in WordPress by asking questions regarding its usage, how people will adopt it as well as when we can see it live.

Once again, “You’ve gotta learn JavaScript” was mentioned. So developers, one more time, and as a reminder, make sure to learn JavaScript. It will continue to be a big part of WordPress in the future. We believe that even more as time goes by. You can watch the opening presentation by Noel Tock to hear all he has to say about the future of WordPress.

But apart from that, we had other presentations on other topics. There were some first-time lecturers (yay, shiny badges).

Not a lot of people showcased new technology though, so do keep this in mind for next year if you want to contribute WordCamp Sofia.

Of course, we had the opportunity to see various participants talking about WordPress. During one of the presentations by Luca Sartoni, he decided to award two of the crowd members with a box of chocolates. Other speakers shared their experiences and what they learned while working as freelancers. All in all, we had a great time. It was really great to see fresh faces and a change from the regular question format.

So we got a second speaker competing for the bar of chocolate? A funny way to crack up the regular “questions” model and let the audience share stories @lucasartoni #WCSOF pic.twitter.com/MsqYMlzJ5P

Another trend was recorded video demos to demonstrate how a product works. Be it Gutenberg, WordPress meta boxes or a command line tool. Speaking of which, we had a live demo of a tool for penetration testing, so props to that.

Takes courage to do a live demo in front of big crowd, cheers! We are looking at security scan on a production server #WCSOF pic.twitter.com/jpYLNBRF5c

In the end, we can honestly say it was well organized WordCamp with a lot of participants and a very friendly atmosphere.

The WordCamp Manila was held at iAcademy Plaza, located in the heart of Makati City’s Central Business District, last November 11, 2017. The event was scheduled for one day only, Saturday. It started at 8 am and went until 5 pm.

When we arrived at the place, the facilitators were so accommodating and helpful. They even gave us free tee’s, stickers, and other swag. DevriX was one of the Silver sponsors of the event. 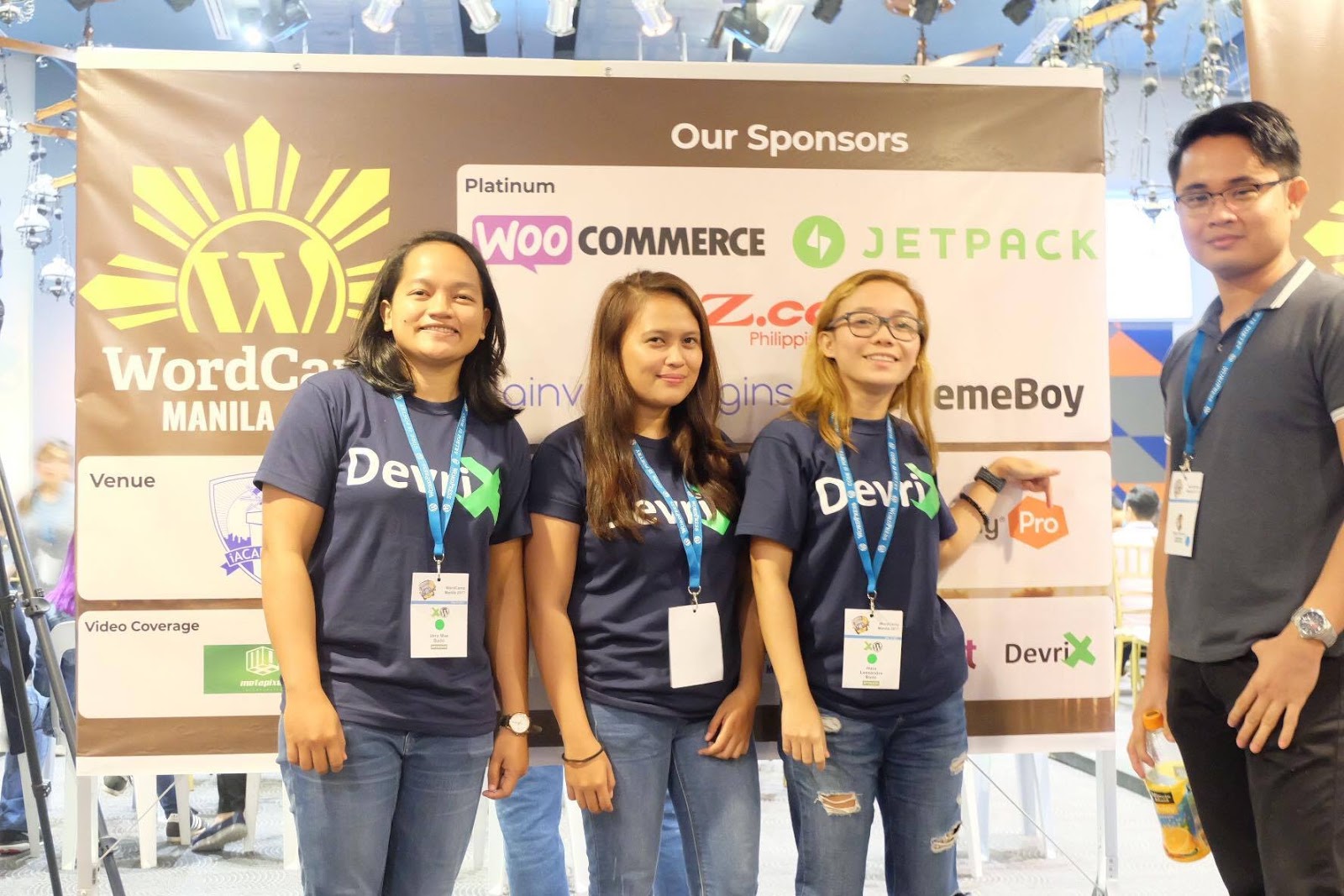 The WordCamp was divided into two sessions – morning and afternoon. The first speaker was Eladio Jose Abquina, he talked about WordPress First – Times: How You Find Best Practices. He has been an inspiration to newcomers to WordPress. Moreover, he explained why people should use it and which different tools will help people when they start out using WordPress. 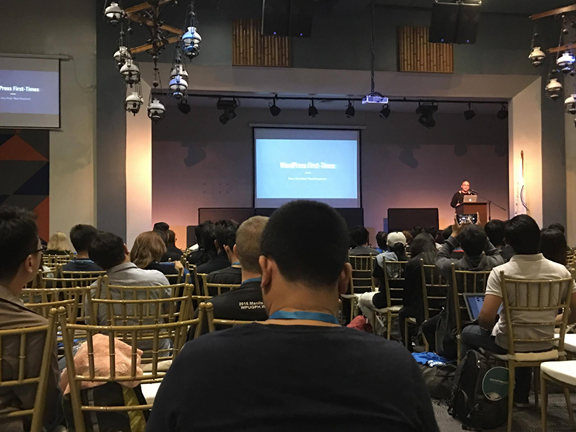 The second speaker was Christian Angelo Labao. He discussed My WordPress Site, My Rules!: Customize WordPress your way using Customizer.

The third and last speaker before lunch was Paul Anda. He talked about From Freelancer to Community Happiness Manager: Working Remotely with WordPress. In his discussions, he shared his journey with freelancing and how he became the Community Happiness Manager of ThemeBoy. He also discussed the benefits of working remotely, and how he appreciates the WordPress community. 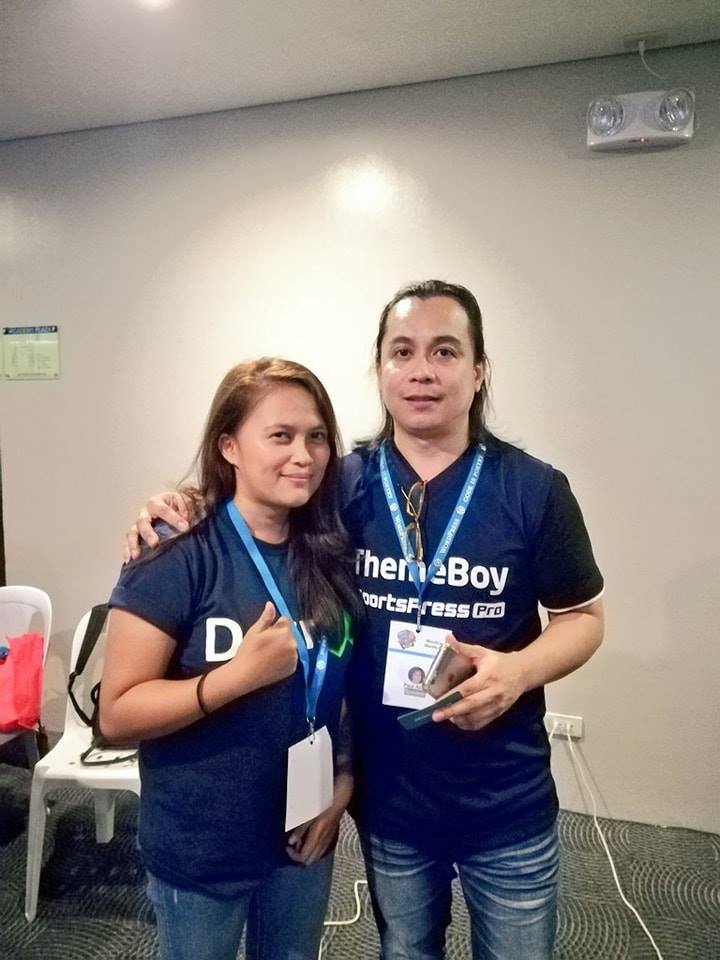 After the morning session, we had our lunch, and then went to the event that we’d chosen in our registration earlier – website designing. We learned about creating, editing and customizing a WordPress website without writing or using any codes to help page builders. 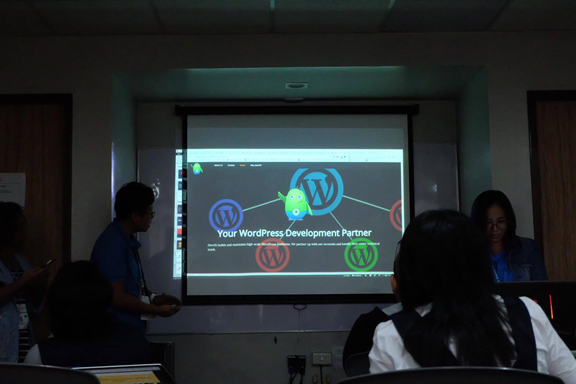 The session lasted for about 3-4 hours. After that, we went back to the main session hall for an afternoon snack, and then another panel session, closing remarks and class photo. 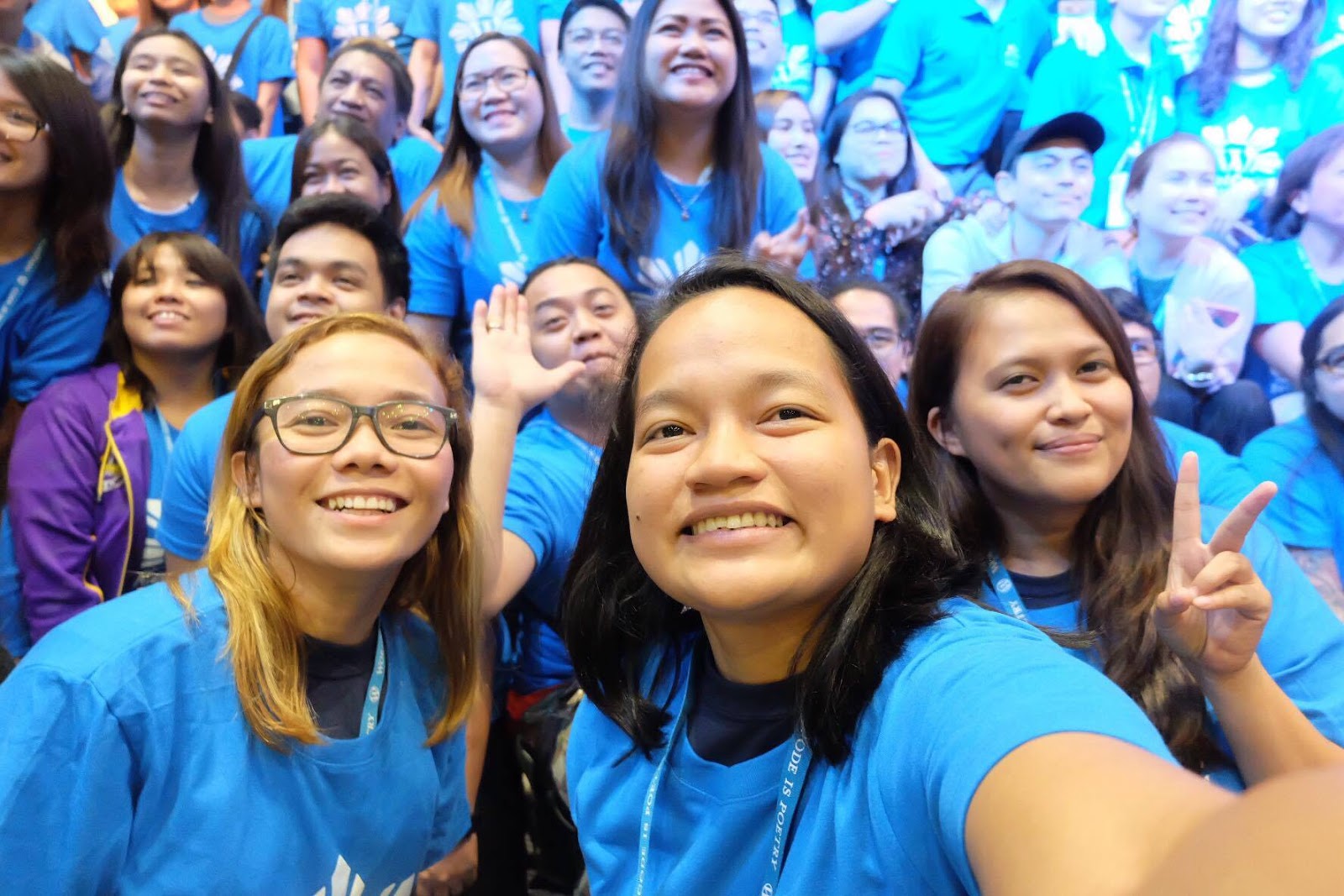 Overall, the organizers, volunteers, sponsors, and speakers did a great job. We had a wonderful time listening to speakers talking about their journeys as freelancers. Everything at WordCamp Manila was amazing.

We definitely had a blast at these WordCamps. We are looking forward to the next camps and sharing our passion for WordPress with everyone.

See you at the next WordCamps!