What we now know as Black Friday is the day after Thanksgiving in the USA. It’s the day when retailers offer huge discounts and people flood the shops in order to grab the best deal they can. Black Friday also marks the start of the Christmas shopping season.

This year’s Black Friday (2018) will take place on 23rd of November. Although, it’s a common practice for shops to drop their prices a few days earlier. Thus, increasing their profits by implementing clever marketing strategies.

But how did it come to be? When was “Black Friday” first used and what is the meaning behind its name? There are many stories about the origin. The first recorded usage of the term was used about 148 years ago. Black Friday defined an infamous financial scandal in the U.S.

The most common understanding of Black Friday will get its meaning many years later, but it’s worth noting some of the common misconceptions, (and the story is quite interesting, so there’s that too).

After the civil war ended, gold coins had been forced out of circulation in place of then unredeemable currency issued during the war called “greenbacks”. The U.S. government promised to pay bonds holders in gold in order to redeem the recently issued “greenbacks”.

Because of this, gold dropped immensely. The price was set by the government so that investors would have a hard time profiting from it. When the government sold, the price dropped, when it didn’t, it roses thanks to a relatively low government debt due to reforms made by the Treasury Department.

Jay Gould and Jim Fisk saw that and managed to get inside information on when the price would change, and therefore put their plans into action. By September 1st, Gould and Fisk purchased over $1.5 mil. in gold by signing with the names of Corbin and Butterfield, another small-time speculator and a former Major General during the Civil War.

Only five days later, the price of gold rose by $4.50 to $137 an ounce. By that point, Fisk and Gould owned a combined $60 million in gold, three times the public supply in NY.

Long story short, a few weeks after that, on 23th of September, Gould started quietly selling his gold. What he didn’t know though is that an investigation into the scheme was already in place.

The day after, 24th of September, President Ulysses S. Grant ordered the Treasury Secretary to open up the vaults and flood the market in order to prevent a potentially huge financial crisis. Minutes after the announcement was made public, the price of gold dropped to $133 from the previous $160.

This caused huge losses to farmers, speculators, and many Wall Street firms. The day was Friday, 24th of September, 1869. It would come to be known as “Black Friday” and mark the first popular usage of the term.

As you might have noticed, thanks to the many selling/buying and price changes, it’s easy to misinterpret this as the origin of “Black Friday”. To get to the modern day understanding of the term, we must jump almost 100 years forward to the 1950s.

In comparison to the 19th century’s financial schemes, the modern version is a bit easier to understand.

Thanks to a more stable economy in the 1950s, the start of Christmas shopping season was unofficially marked as the day after Thanksgiving. People flooded the streets heading to all their favorite shops in preparation for the coming holidays.

This event turned out to be especially important in Philadelphia, where the police were having a hard time dealing with all the traffic and pedestrians crossing the streets at this time of the year.

To top it off, there were many shoplifters amidst the crowds who made police’s lives a nightmare. In the fashion of naming such events—the term “Black Friday” was coined by law enforcement.

“In the early 1960s, Kleger and I put together a front-page story for Thanksgiving and we appropriated the police term “Black Friday” to describe the terrible traffic conditions. [W]e used it year after year. Then television picked it up.” (source)
—former Philadelphia Bulletin reporter Joseph P. Barrett—

Back then, there weren’t many online blogs writing about marketing tips and the psychology of discounts. Well, there were none to be exact, it was about 35 years before the internet came into existence.

It took some time for retailers to discover that this was the perfect time to make more profit than usual from buyers during the Thanksgiving season.

By reducing the price of products, they were still making a profit. The math is very simple. Imagine a product that a shop purchased from a supplier for $100; then the vendor sells it for $200.

On Black Friday, that product is reduced to $120. The shop is still making a profit. Although, the buyers see a huge discount and so purchase more items than they normally would before. This in return results in a much bigger profit for the retailer than if the price remained higher and the buyers bought less. This is oversimplifying the whole process of course. But it is a general idea of the strategy behind Black Friday.

Back to the 60s. The reason behind the then named “Black Friday” was not very positive and the merchandisers disliked it. They wanted to rename it to Big Friday to attract even more customers. However, the original name spread quickly across the states.

Luckily, in the 80s, “Black Friday” marketers turned the phrase around, giving it a positive spin. They matched the “Black” part with “back in the black” or “back in profit.” A phrase accountants used because black ink (as opposed to red) denoted positive values (meaning profit). And thus, everyone began using this term in advertisements.

It’s no secret that this started a massive global shopping event with over $630 billion in sales during November and December.

“The holiday season, defined by NRF as sales in the months of November and December, is the biggest time of year for retailers of all shapes and sizes, and can account for as much as 30 percent of a retailer’s annual sales. This year, NRF estimates that holiday sales will increase 3.7 percent to $630.5 billion, compared to last year’s 4.1 percent growth.”
—NRF Holiday Forecasts for 2015— (source)

It’s an event similar to Christmas, where preparations, advertisements and early deals happen before the big day itself. And if you are a good retailer. there is absolutely no reason not to take advantage of one of the best times in the year to increase your profit!

More and more buyers prefer the comfort of home and just clicking a few buttons in order to grab their items. No rushing to the store with hundreds of other people, no waiting in lines to find out that an item has already been bought. Therefore, it’s the best time to showcase online discounts, banners, and landing pages.

By comparing other statistics for buyer preferences, we can target better online advertisements (and which products to showcase more). A survey from CPM Australia shows, almost 60% of shoppers are willing to shop online. Their age group is between 18 and 54 years old. 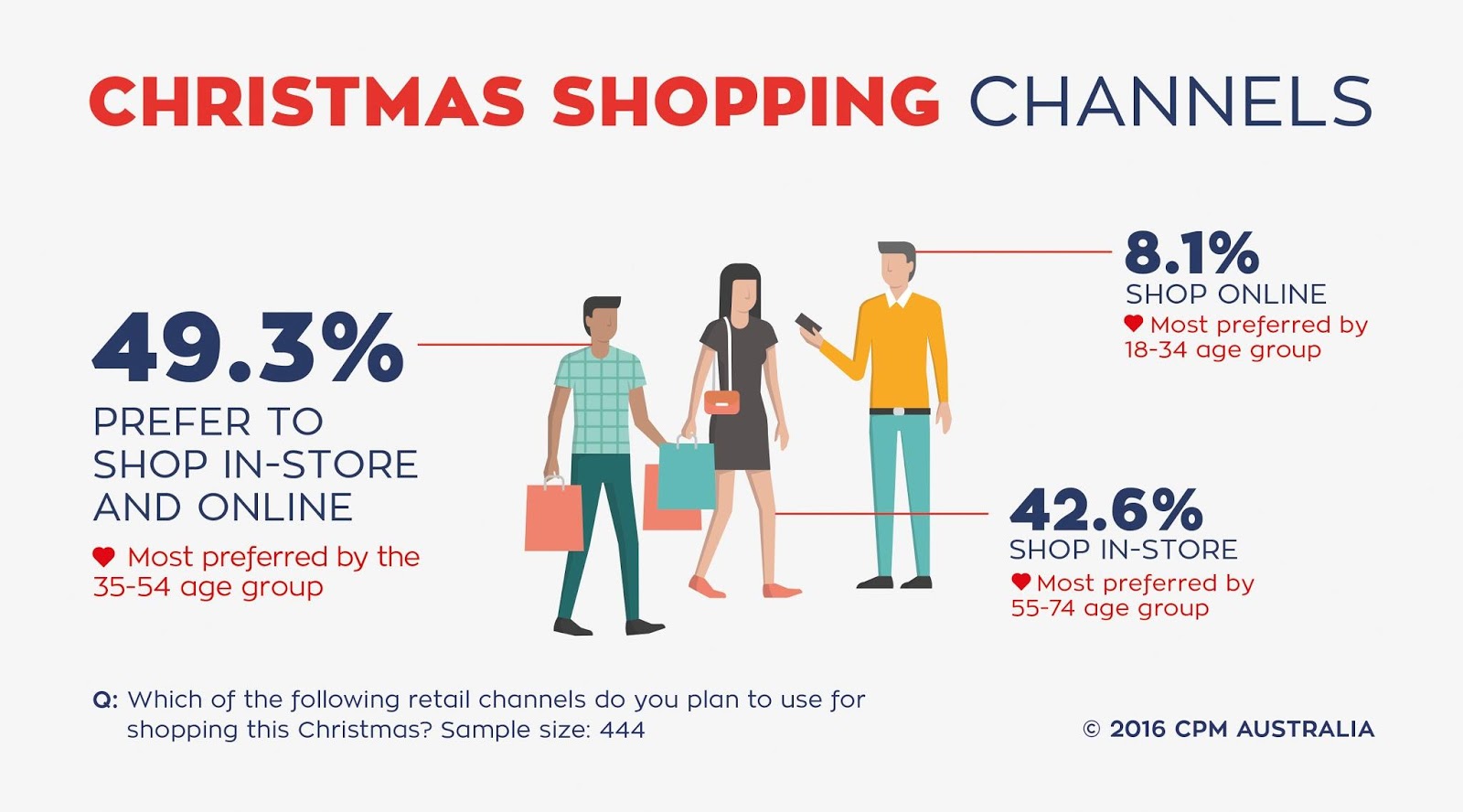 There is a more modern Cyber Monday for that very reason. Digital stores put out some of the best deals around. “Consumers spent $3.45 billion online on Monday, according to Adobe Digital Insights”

And being in the WordPress world, we advise digital store owners to put out strong marketing campaigns to boost their sales. With WooCommerce shops that is as easy as setting up a free plugin or creating discount banners on the site.

But what sells the most? Oberlo did a search for the top 25 trending products worldwide including products like hair accessories, fashion, beauty, weight loss products, kitchen, home and health/wellness products leading the charts.

According to NRF, “When it comes to where consumers shopped over the weekend, the survey found 44 percent went online and 40 percent shopped in-store,” and over a third purchased 100% of the products on sale. 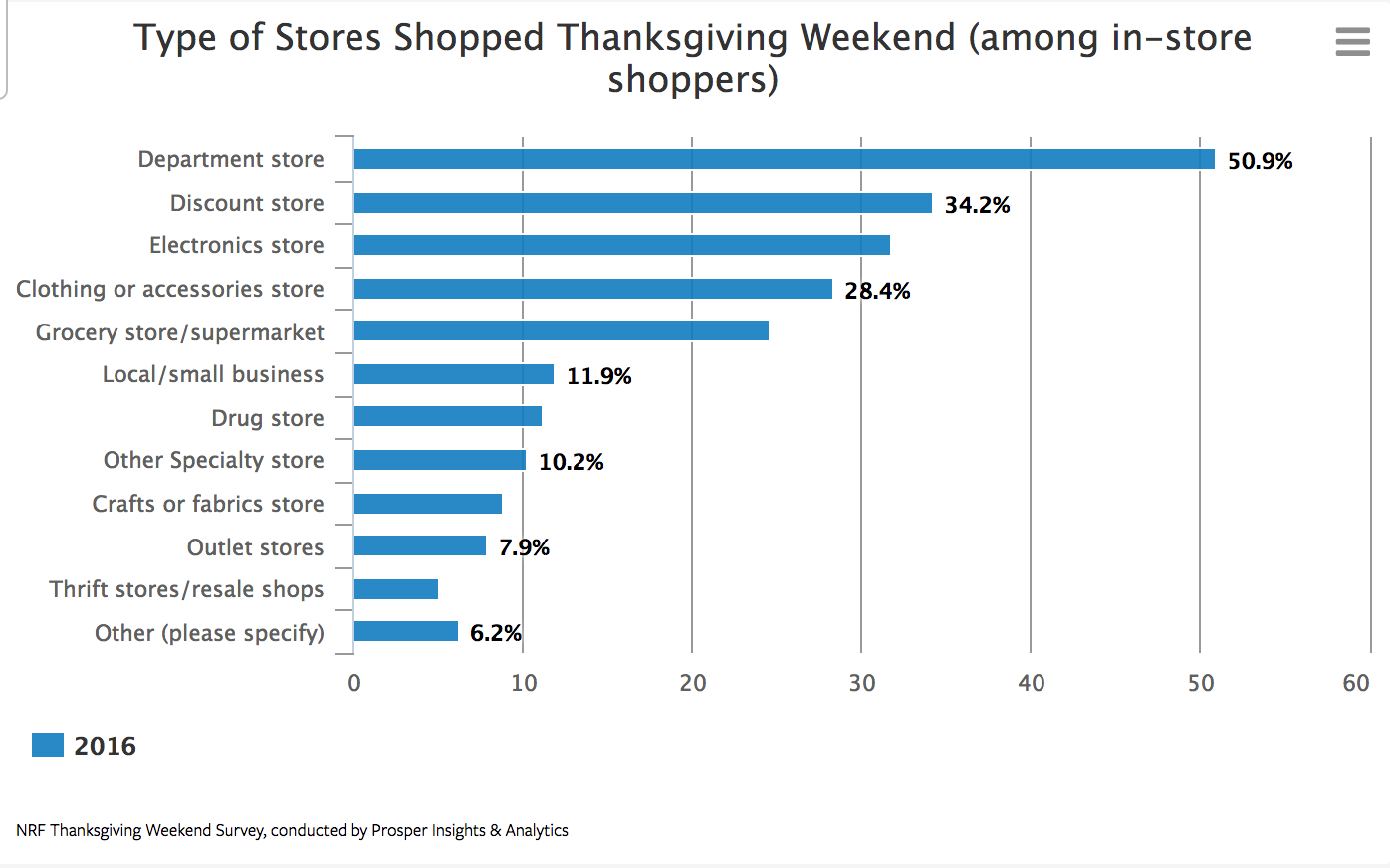 We can see that there is a mixed result between the various surveys, but 50% is a solid number for online shoppers nonetheless.

Considering the huge amount of traffic, it’s crucial to improve your site’s performance. Maybe the easiest way to stress how important load times are is by pointing out the fact that just one-second delay to Amazon’s website can cause it to lose over $1.6 billion in sales.

If you’re worried about the performance of your online shop, and are in search of a long-term partnership with a development agency that will work continuously to improve the design, marketing, landing pages, email campaigns, speed performance, security and much more, then make sure to take a look at our retainer plans and fill in our RFP form.