Augmented reality is one of the top eCommerce trends and business innovations of 2022.

If this is the first time you’ve heard about it, you needn’t worry.

We will guide you through the world of eCommerce AR and teach you how to implement it in your business.

Let’s start off with some proof that AR is a trend to follow.

What Is Augmented Reality?

Augmented reality is an enhanced version of real life that is achieved through the use of technology. AR uses digital elements such as sounds, visuals, and others, in order to interact with objects in the real world.

It’s like inputting digital data into the physical world, but you can only see that data with the help of digital technology, like smartphones.

Think of it as a digital glass you can use to create imaginary environments – like a T. rex walking in the park next to your dog, or a dozen elves playing “In the Hall of the Mountain King” in the hallways of your child’s school.

Sounds fun, and it probably is, but there’s more to it than that. eCommerce AR can bring convenience and help you make important buying decisions.

The main advantage of augmented reality in eCommerce is that it allows your customers to preview products before buying them.

Online shoppers, in particular, have the chance to obtain the same shopping experience as they would in a physical store.

AR in online shopping is just beginning to display its benefits, as more and more businesses embrace the technology.

When you think of it, the whole thing is like playing a game. And gamification is a fun way to interact with customers and increase engagement.

By the way, it’s not only eCommerce stores that implement AR. In 2014, Google introduced Google Glass, with Meta and Apple following on the same pathway. 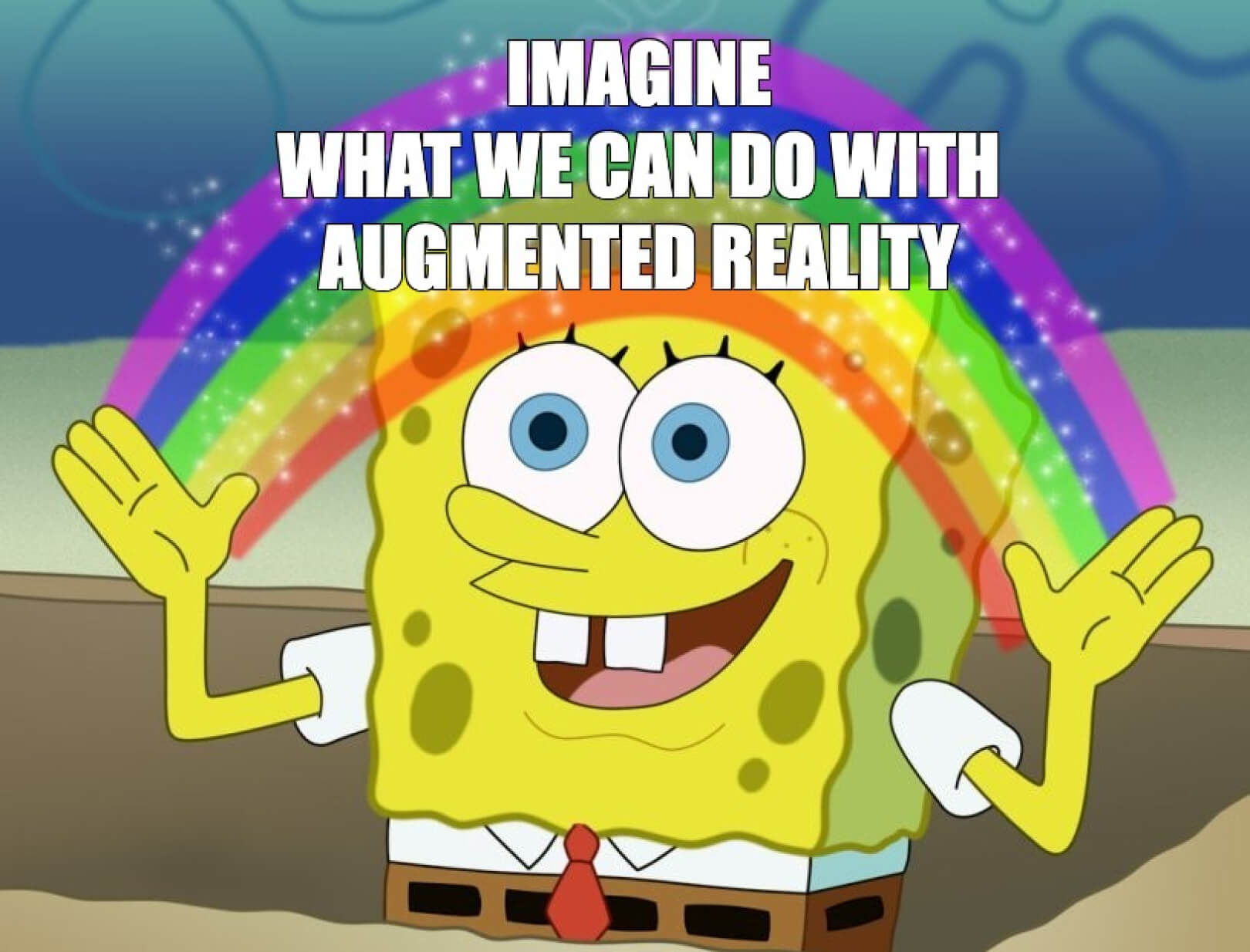 It’s always easier to understand the topic with the help of some examples, and that’s exactly what we’re going to do.

Using AR in eCommerce shops brings multiple benefits. For starters, your customers receive a better shopping experience, being able to customize to their heart’s content (see examples above) which leads to an improved sense of personalization.

It is also proven that conversion rates were 90% higher for customers engaging with AR, compared to those who didn’t.

Additionally, product return rates are lower, since customers are able to fully imagine how products would look and therefore the chances of dissatisfaction are lower.

Last, but not least, AR makes the entire online shopping experience fun. Thus, your customers will associate your brand with positive emotions and be more likely to recommend you as well as shop from you again.

Virtual reality uses computer-generated imagery to place the user within a simulation of the real world. In order to use VR, one must have, at minimum, a special VR headset, a computer, sensors, and gloves.

Let’s use a computer game, as an example.

Virtual reality takes your body and mind inside the game. You are the player, and you control what’s happening around you. The real world stops existing while you’re in VR.

Augmented reality keeps your body in the real world, but tries to trick you into thinking your mind is inside the game. You still have control over your surroundings and must interact with them to achieve a result. The real world continues to exist while you’re using AR.

It’s not impossible to use both AR and VR in eCommerce stores, however the latter is much more difficult and resource-consuming to create.

One retailer did go for the full house, though – eBay created the world’s first VR department store. Who knows, maybe in the future, all shopping will be done this way?

In general, there are four types of augmented reality applications. Let’s elaborate a bit about each of them.

The app uses a predefined marker, like a QR code or an image, which is detected by the camera of the mobile device, and then information is displayed on the screen. Once the marker is detected, it is replaced by a 3D version of the object. From thereon, the user can observe the object(s) in detail. For example, using Ikea’s printed catalog as a marker, you can then go on and place a 3D preview of a sofa using your smartphone.

This type of AR has the ability to recognize colors, patterns, and so on, hence the name “markerless”. You do not require a specific object to trigger AR, instead, you can apply it pretty much anywhere. For example, Snapchat World Lenses allows you to generate live filters by pointing your smartphone at any scene or object.

In this case, eCommerce AR uses your GPS location to generate visual elements. This is generally not very prominent for eCommerce applications, as they do business online. However, keep this one in mind, in case you’re planning to execute an outdoor event. Pokémon GO is the perfect example of location-based augmented reality.

This type of eCommerce AR projects synthetic lights to surfaces, in order for users to interact with it (not mandatory, though). Such an app would be applicable to your business if you plan on showcasing different designs for the same products. You can take the holograms from Star Wars as a good example of projection-based AR.

Augmented reality is the future of online shopping. eCommerce AR is not a trend that will go away anytime soon, therefore it’s best to embrace it sooner rather than later.

The sky is the limit when it comes to augmented reality, and it’s no wonder that the big players are already adopting it in their business strategies.

On a final note, don’t hesitate to experiment with augmented reality and introduce a new shopping experience to your customers. Chances are, they’ll like it.

Our WordPress development company will build a WordPress eCommerce solution for your existing offline shop or brand new online store. We will identify the target audience and provide an appealing solution based on your customers’ behavior preferences and the latest design tendencies.