Not so long ago, browsers were only used to browse the web, and the web itself was just a combination of email, the news, and a bunch of gossip sites.

And here we are today, practically living online and surrounded by a myriad of digital opportunities. Web technologies advance and evolve and ever since the development of  HTML5, and, later on, cloud computing we have seen another era of web applications that are equipped for performing a large number of tasks without hardware limits.

Most web developers and coders once used to depend on offline programming tools to code and make new stuff. However, modern IDE (Integrated Development Environment) editors make the process so much more agile, providing a richer programming experience.

In this article, we’ll talk about everything you need to know about IDE editors, and to benefit from using them. Read on to find out!

What Is Web IDE?

Let’s first clear up the concept of what a web IDE is.

A web IDE is an online software program that is intended to help developers and engineers build software or websites. Most web IDE editors include:

In case all that you assemble are static sites like HTML, CSS, and some JavaScript, you may consider a web IDE as less useful than your standard offline editor. And you would be correct. An IDE may not be the best option for web engineers who just build static sites. However, it can be very valuable in other cases.

What Are the Core Features of a Web IDE?

The core features of a web based IDE usually include: 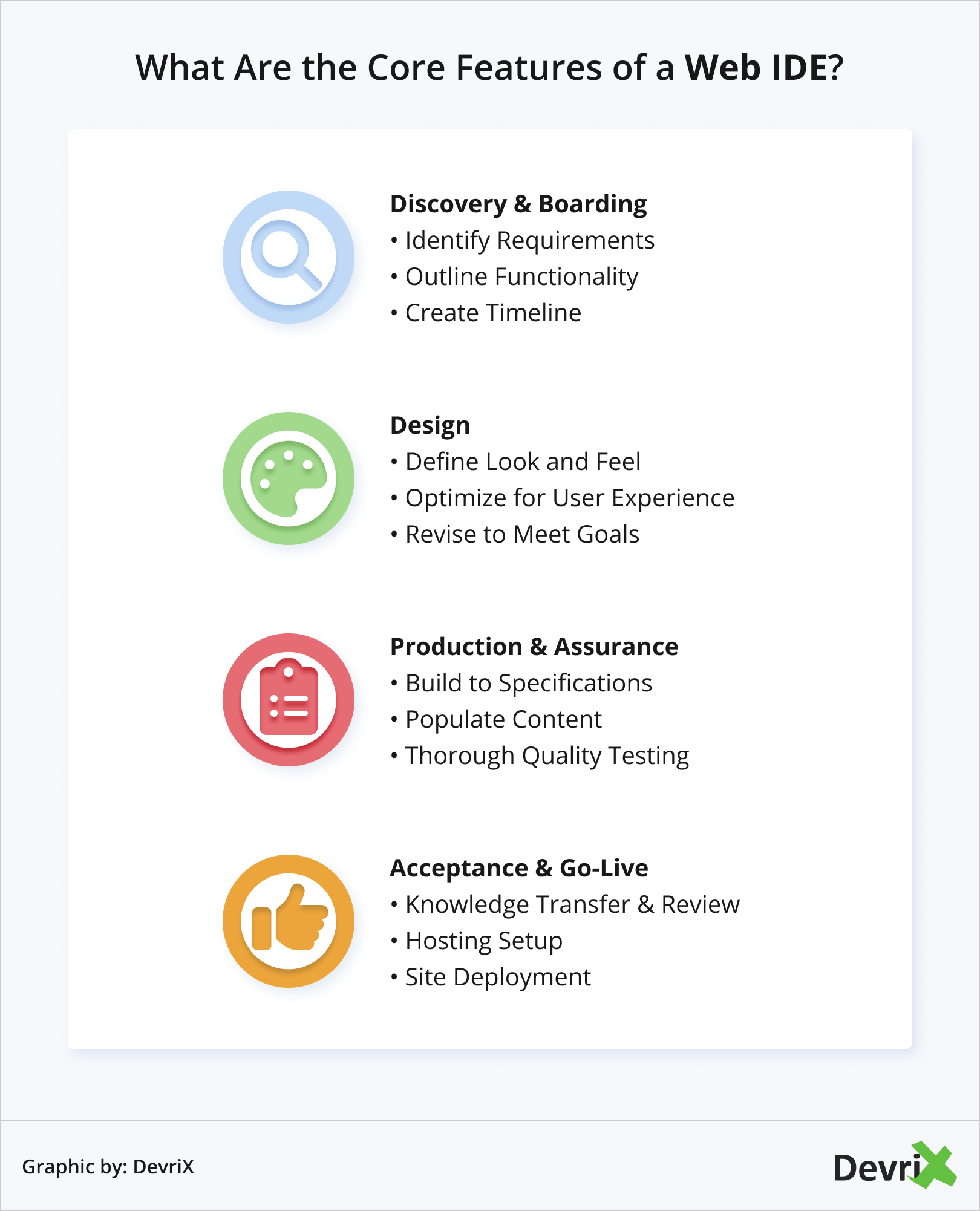 The Transition: Coding Offline to Online

Once upon a time, the basic pattern for web developers was to code offline and once done, send results on the web. There were numerous undeniable reasons for this model to dominate, the most well-known being that the internet speed in those days was very, very slow.

After some time, different online IDE editors, for example, ShiftEdit and Cloud9 came into existence, and this prompted a trial movement from offline to online coding.

With online IDEs, the decisions are galore, and every decision appears to have its own method of operation. There are a few IDEs offer paid services, though others are absolutely free. Likewise, a few IDEs bolster the same number of as more than 50 programming languages furthermore offer key components like FTP backing to help you convey your work all alone server, though others stay truant from FTP and stick to a restricted range of programming language.

Furthermore, some solutions bolster a number of more than 50 programming languages and offer key components like FTP backing to help you convey your work on a stand-alone server. Others, though, stay truant from FTP and stick to a restricted range of programming languages.

Features such as communitarian altering, language structure highlighting, investigating, terminal windows, and even reconciliation with different services, for example, Github as well as DropBox, appear to be very common in every online IDE.

Why Should You Choose a Web IDE?

Let’s have a look at the benefits of using online IDE editors:

Similar to an online office suite, such as Google Docs, for example, an online IDE offers the chance to work from anywhere around the world.

Regardless of where you are — home, office, or traveling — if you have a strong internet connection, you can code as much as you like. 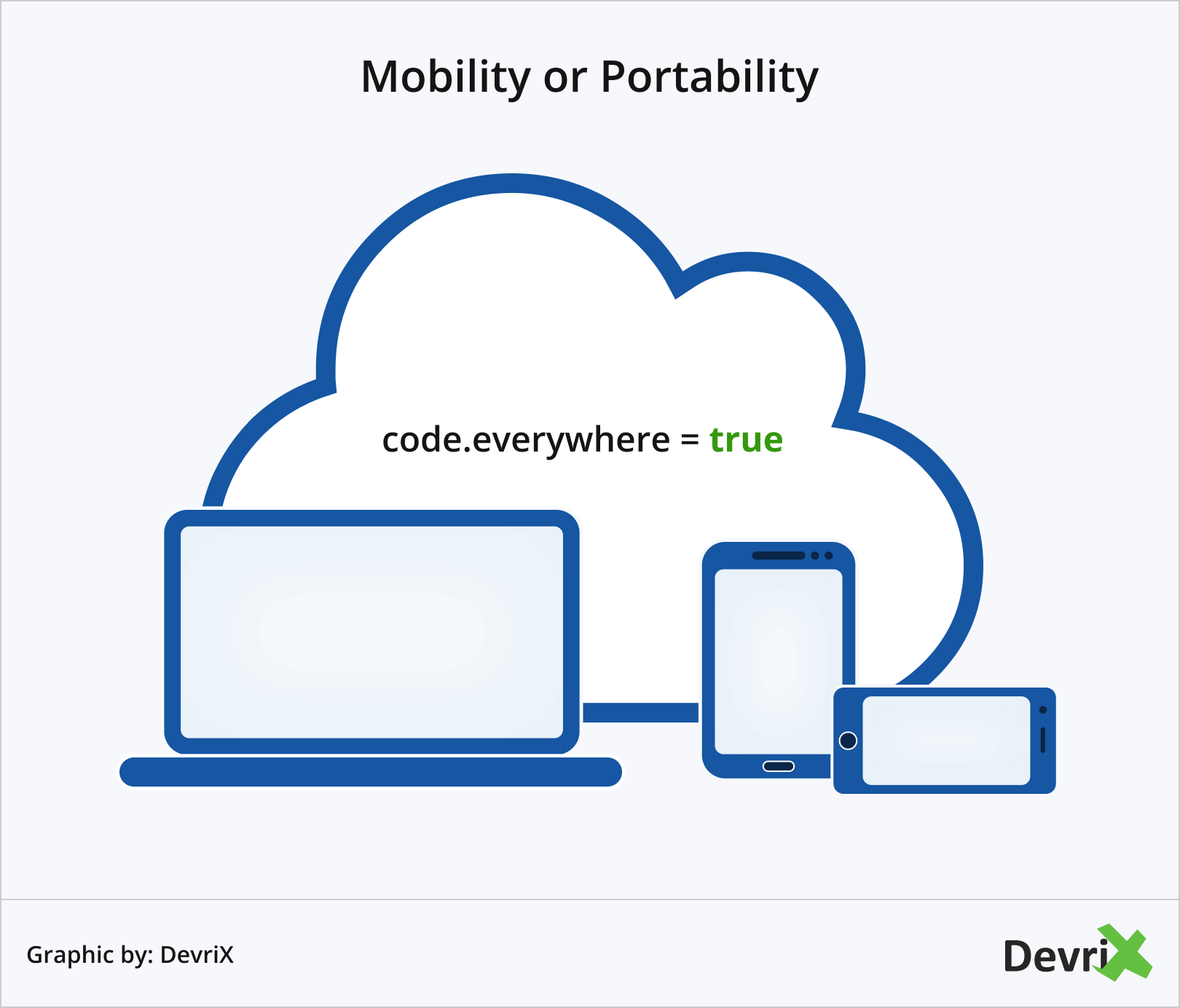 One of the greatest advantages of online IDE is the way that such editors can help you collaborate with teammates. You can consistently share your code, and, in addition, create applications as a group utilizing a cloud environment.

A web IDE such as  ICEcoder, for example, is open source, which means that users are permitted free access to the source code.

So if you require a specific component added to the product, and don’t wish to sit tight an additional two years for the designers to think of it, you can simply contribute yourself.

For the most part, web coding enables you to find issues and address them faster, compared to offline coding. A web-based IDE can help you code and send your applications and sites swiftly from anywhere to anyone. This way, it improves the speed of the development workflow.

You needn’t bother with a megaton of RAM or superpower processor speeds in order to take a shot with an online IDE. The lack of hardware constraints makes this type of coding much more agile and accessible.

Furthermore, it reduces maintenance expenses and minimizes other technical issues that may create setbacks.

Windows, Mac, or Linux, regardless of which OS you are on, at the end of the day, it is your web program and it will not cause any operating system issues.

Nowadays, the web browser is basically a customer that permits clients to get to a mixture of cloud-based applications and tech. And while in the past people were reluctant to trust the cloud, today, it is the norm.

Devices like Github and Pastebin ushered the move to cloud-based web development, and undeniable cloud IDE editors are utilized by numerous web developers.

Cloud 9 provides an experience that one might call coder heaven. The inherent Vim mode is a decent touch, similar to the backing for prominent amendment control frameworks like Git, Mercurial, and SVN.

On account of the consideration of CSSLint and JSBeautify, it is likewise one of the prettier coding environments discovered on the web.

In the field of web development, the front end is all Javascript, while the back end depends on the famous NodeJS system. Despite the fact that its supported by UI originators and engineers, it has punctuation highlighting for C#, C++, Ruby, Scala  Python, Perl and a couple of others also.

Codeanywhere comes with the functions of code highlighting and backing for HTML, CSS, MySQL, Javascript, PHP and some more. This web IDE empowers anybody to code from anyplace, anytime.

Furthermore, it has Dropbox and SFTP bolster, which permit coders to effortlessly backup records and share them with associates. In spite of the fact that it is not the most full-highlighted cloud IDE, it does what it does well.

Sourcekit is a Textmate-like IDE that depends on Dropbox for capacity and gives a responsive domain to web designers. It is a lightweight, program with a distinct option for bloated desktop improvement suites.

What are the Drawbacks of Web IDE?

Now that we’ve discussed  the benefits of online IDE, let’s have a look at the downsides:

The Future of Web IDE

As we have already said, there are some quick advantages from having an online IDE, particularly: no installation required and instant access.

Web and cloud-based IDE editors are still in vogue and will keep on being predominant for the foreseeable future. With the development of cloud computing and fast internet speed we enjoy nowadays, the technology thrives and gives developers the freedom to work without hardware strings attached.

There are numerous solutions on the market, which present devs with a myriad of choices, depending on the type of project they are working on and their personal requirements.

Long-term development, support, and innovation for your WordPress platform. DevriX provides technical partnership for SMEs and fast-paced startups. We build WordPress solutions and scale platforms generating up to 20,000,000 page views a month.